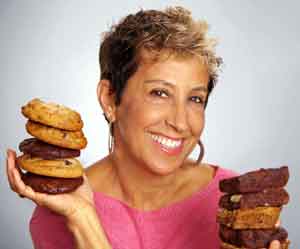 The story of how Rosie’s began should be an example of how we never know where our path will take us…one thing just seems to lead to another….

Much of my childhood growing up in the Big Apple as a chubby child was spent glaring at photos of desserts in cookbooks and magazines. Being that NY was the hub of great food, and my mother, being a very busy business woman, knew where to get great baked goods, I developed a good palette for flavor and quality We were definitely a family focused on the joy of eating.

So as I ventured through college and graduate school and finally art school, I researched many desserts all over the place; by researched, I am referring to eating them, not baking them! 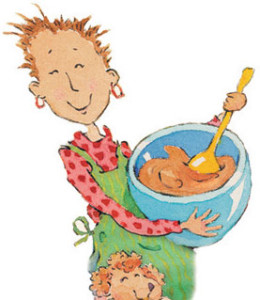 Actually, I baked no more than any average kid growing up in America, maybe even less because my Mother was so busy running her business, and teaching me to be domestic was not on the top of her list by any means.  But somehow I managed to consume a good number of desserts.

After art school and lots of intermittent years of waitressing and being around food, one day in 1974 right before Valentine’s Day, I decided, on a lark, to decorate some large heart shaped  sugar cookies. Colorfully glazed in pink and lavender and adorned with plastic angels and large jewels, I trotted them around to local galleries and boutiques in the Harvard square area as well as to Baby Watson Cheesecake in the Garage in Harvard Square.  The next day I received a call from Baby Watson telling me that they loved the cookies and asking me what else I could bake!! 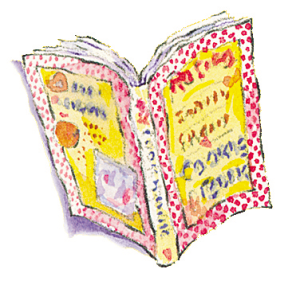 I was so excited and so started to seek out recipes for the types of desserts that I had loved as a child. I started with basic recipes and found that I could improve on all of them. I could not stop baking and realized that I had somehow found my calling in life: art and food all bundled up in one career.

Every morning I got up very early to bake in my home kitchen and then trotted my wares  into Baby Watson where  people had already started lining up waiting for my daily selection of homemade goodies .  It became clear to me that I had to build a professional kitchen adjacent to Baby Watson where I could provide an entire line of baked goods to the loyal Cantabridgians who frequented the Garage…and so I did, and the rest is history. Once word got out, people came from all over to buy my products and we started winning all kinds of awards. 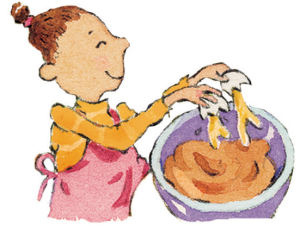 I soon met my partner, Eliot Winogad, who came and rescued me from the administrative stuff that I hated doing and brought me from the red into the black and together we opened up Inman Square, Chestnut Hill and South Station as well as getting married and divorced and maintaining a friendship and work relationship that has lasted all these years.

I think of Rosie’s as a Boston institution and I am proud that we have been in business since 1974. And although the stakes get higher for small business people all the time, somehow we have managed to stick around and I can only think it is because we stay committed to making people happy when they eat our desserts! 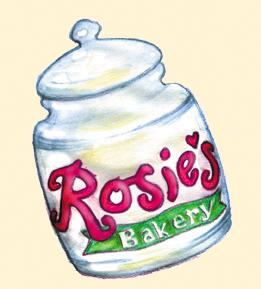